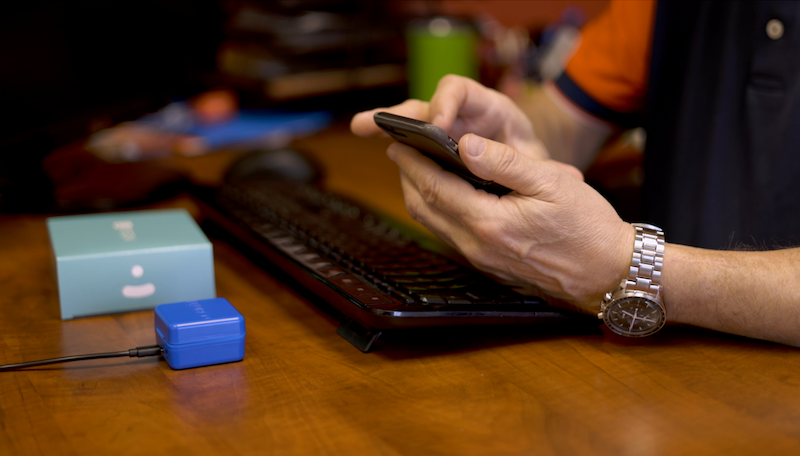 Johanne has two decades of combined experience as the visual lead for print and digital marketing health care initiatives. She is also completing her Master of Science in Health Communication (MSHC) at Boston University, concentrating on health care promotion, media, and marketing with a special interest in visual communication, content development, health writing, and health literacy.


…but “it should be called: “I can’t effing swallow.”

Surgery saved Ted Power’s life from throat cancer, but a mobile swallowing exercise system gave him his life back.

“Hmm,” responded Ted. “Some days are better than others. Can I go back to the office?”

“Are you ok?” asked the doctor.

“Apparently not, you told me I have cancer, but I’ve got a really busy day,” said Ted.

And that’s how Ted Power, President of Trace Applications Inc., the world’s top metals industry Certified Mill Test Report (MTR) software, found out he had stage four cancer in his lymph nodes and at the base of his tongue, called squamous cell carcinoma.

Ted’s phone rings. He reaches across his desk and silences it. He begins his story again, and his computer chimes with an incoming email. Ted is a busy man. Slowing down for a cancer diagnosis wasn’t an option until it was his only option.

“I had to teach my arm how to swallow.”

Removing Ted’s cancer involved a long and invasive surgery and included reconstructing his tongue using grafts from his arm. “I had to teach my arm how to swallow,” said Ted. After his surgery, he encountered another health problem: dysphagia, which means difficulty swallowing. “It should be called, I can’t effing swallow,” said Ted.

Cancer patients are unprepared for health risks of dysphagia

In January 2017, after a 13-day hospital stay, Ted’s doctor approved his discharge, despite Ted having difficulty swallowing and breathing. But the next day, a home care nurse listened to his lungs and called 911. Ted became ill with a severe lung infection called aspiration pneumonia. Aspiration is when food and liquid go into the lungs. “I was in the hospital for aspiration pneumonia longer than I was for my surgery,” said Ted.

According to Northwestern Medicine, aspiration pneumonia is most common among people with dysphagia. Yet, the lack of awareness about dysphagia left the hospital staff and Ted unprepared for this serious health risk. “The doctors will tell you what they know from their position… but what really happens, they don’t go over,” said Ted.

In February, he underwent 30 grueling radiation treatments that “felt like he was getting barbecued from the inside,” said Ted. He continued to go to work during this time.

“Radiation treatments have a further negative effect on swallowing because it’s very hard on your swallowing muscles,” said Ted.

In April, Ted began eating solid food, but it was tiresome and humiliating. “The servings I would have were a third what the other people at the table would have, and it would take me twice as long to eat,” said Ted. “Every meal was embarrassing. People would say, no, it’s not a problem, but you know, you’re sitting there coughing and choking and spitting, it’s awful.”

By August, Ted’s swallowing wasn’t improving, and he got little support. Frustrated, he launched a complaint when one doctor assumed his swallowing was “good.” “My swallowing is the pits.… I’ve lost weight [and] it’s hard to gain weight back. It’s really difficult. I’m existing on Ensure,” said Ted angrily, recalling his response to the doctor.

One in 25 adults have dysphagia

According to Neil Bhattacharyya, dysphagia affects about one in 25 adults annually. Head and neck cancer is one cause, but according to Dr. Jana Rieger, speech-language pathologist, other common causes of dysphagia are stroke, traumatic brain injuries, neurological diseases such as ALS and Parkinson’s Disease, and general aging.

“I suspect there are millions of people out there who have been given exercises by their speech pathologists on a piece of paper, and it’s in a drawer somewhere. And they’re not doing anything, and they’ve lost hope,” said Dr. Rieger, describing how in-clinic equipment costs can prevent clinicians from offering advanced swallowing therapy to their patients.

In September 2017, everything changed. A friend told Ted about a device helping people with dysphagia. He met with Dr. Jana Rieger and fellow speech-language pathologist, Dr. Gabi Constantinescu. Along with their colleague Dylan Scott, biomedical engineer, Drs. Rieger and Constantinescu invented Mobil-T®, a home-based mobile swallowing exercise system. “I went in the six-week clinical trial, and my swallowing improved immensely,” said Ted.

Mobil-T® is a quarter-sized device with a connected mobile app. The system provides targeted swallowing exercises for patients using technology that measures muscle movement called surface electromyography (sEMG) biofeedback. Both patients and clinicians can see the feedback and connect through the clinical portal.

Previously, Dr. Rieger and Dr. Constantinescu treated patients for dysphagia in the clinic using large, expensive equipment paid for with grant funds. However, following through with treatment was challenging for patients because effective therapy required frequent visits to the clinic. Recognizing their patients’ struggles to attend daily appointments, the doctors worked with Mr. Scott to create a portable swallowing system patients could do at their convenience.

Patients can now complete their swallowing therapy from anywhere. This portable device is in people’s homes, offices, or anywhere they need it, and they’re following through with treatment. According to a recent study by Dr. Constantinescu, adherence rates for home-based swallowing exercise remained at or above 72% over a six-week treatment period. “For the first time, patients are really getting what they need to do,” said Dr. Rieger.

“It was great. I didn’t spend the night coughing and choking.”

Today, Ted still uses his Mobil-T® when he feels he needs it, but it’s not every day. These days, he’s enjoying dinner with friends, working hard, and helping auctioneer charities. “I had a rack of ribs at a friend’s last night for dinner with broccoli, carrots, potatoes, and cornbread. It was great. I didn’t spend the night coughing and choking,” said Ted. “I owe Jana and Gabi so much because of what they did to enable me to swallow again properly, and it improved my speech as a side benefit.”

← Prev: The journey to dysphagia management Next: Busting Myths on Dysphagia → 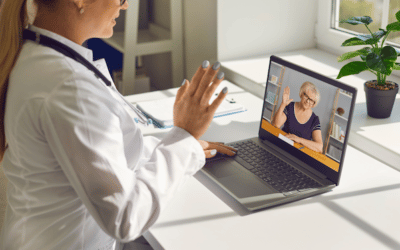 When you think of professions that engage heavily with technology, the field of Speech-Language Pathology is not... 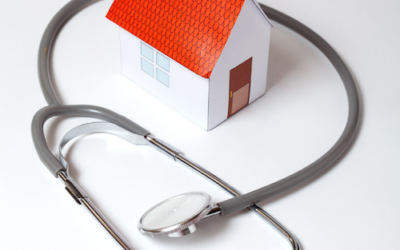 According to the World Health Organization (WHO), 15% of the total world population (one billion people) lives with... 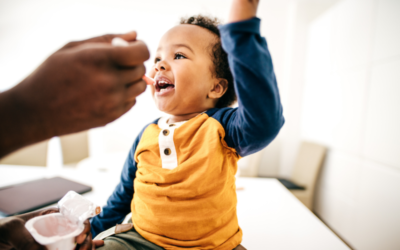 At Their Own Pace – Children with Pediatric Dysphagia